Hrithik Roshan and Saif Ali Khan’s movie Vikram Vedha’s official trailer came out today. The action-thriller movie will make you sit on the edge of your seat. The trailer is filled with highs and lows.

The duality between good and evil is shown in the trailer. The ideology is that neither good is completely good nor evil is complete evil. The trailer premiered on the official channel of the T-series and collected total views of 1.8 million in just a duration of 90 mins, which is a milestone in itself. The trailer kicks off with the face-off between the two sides, Hrithik and Saif. Hrithik Roshan is looking in his fighter mode. Looking as handsome as ever, his long hair complemented the fighting sequences.

‘Kya har burai waqai buri hoti hai..?, Kya har achai waqai achi hoti hai…?’, The trailer is all about this theme. Say it Vedha protecting his family, or Vikram killing the innocents in the name of law and order. The chase and narrative of right and wrong keep changing in the trailer. According to the fans, it’s impossible to pick sides in the movie.

Hrithik Roshan and Saif Ali Khan‘s upcoming movie Vikram Vedha is a neo-noir action thriller film. Pushkar-Gayathri wrote and directed the movie, as a remake of the 2017 Tamil film. Though the name and writer-director of the movie are the same, the movie’s scale is massive. ‘It’s a mind-blowing spell-bounding trailer, my friends. The style, swag, brutality everything is there..psycho mentality Hrithik Roshan did an outstanding act, I think one of the greatest acts of Indian cinema.. and saif Ali Khan is also looking solid and strong as an actor. Saif is also great.’ commented one fan under the video. 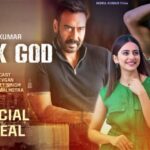 BREAKING: Teaser of Siddarth Malhotra- Ajay Devgn-Rakul Preet Singh starrer Thank God will be out on September 9
Next Article 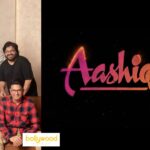