On 3rd September when Aryan posted a photo with his sibling Suhana Khan and  Abram Khan. The picture was normal they are seeing very happy with each other. Until Shah Rukh Khan made a comment ye sab photos mere pass Kyun nahi hai …mujhe ye photo Abhi bhejo (Why I don’t have these pictures!!!!!! Give them to me NOW! ). Then there is a sudden buzz around this photo and netizens are in the awe of SRK’s father’s love. Shah Rukh Khan whatever the circumstances he loves his kids more than his films. In many Interviews SRK confess that “He loves his kids more than his films.”

I’ll email them to you the next time I write, Aryan give utterance in response to his father’s statement. So, in all probability enclosed by in few years. Suhana Khan commented on the pictures and thanked Aryan for removing her from the second image with Abram. This demonstrates Aryan Khan’s love and respect towards his father. All of these initiatives in the long run aid Aryan Khan in restoring his reputation following the Narcotics Control Bureau (NCB) drug conviction.

Aryan Khan leave a mark on the headline after his drug case last year. However, he got a clean sheet in the drug case. Aryan Khan apparently doesn’t want to face the camera and is planning his career behind it. Currently, the Actor’s son reportedly working on the OTT (over-the-top). Through out the time he has written the script of another project. On the other hand, SRK got a couple of movies on his hand and played a cameo in Brahmastra. Brahmastra will be the Biggest release in Bollywood and reportedly it has been told that this film will be 400 Crores. Brahmastra will hit the theatre on 9th September and it will be premiered on more than 4000 screens. 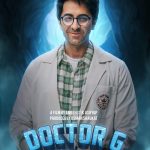