Anupama is currently leading our television screens. The show is one of the popular serial in Star Plus and now doing extremely well and is topping the BARC ratings. Currently the show is trading an emotional phase where Anupama’s husband met with an accident. Fans feel sad for as she is dealing with a huge loss. Rupali is so much into the character and the scenes that everyone is amazed by her acting. Many #MaAn fans are been busy sending wishes and prayers her way as she continues to fight the  biggest battle ever-getting Anuj Kapadia back to life.

In latest episode doctors says that Vanraj is responding to the treatment and will be well soon. Meanwhile Anuj is not responding. Later doctor told Anupama that they need to do Anuj’s brain surgery as there are some blood clots. Doctors asks to decide within 2 hours because after this there will be no option left. Responding to doctors  immediately ask the doctors to take risk and do the surgery and save Anuj. Adhik speaks like an emotional less person and ask Ankush if he should book the electric cremation for Anuj. He also added that if Anuj survives, he won’t be at a position to control the business and it is their golden time to control the company.

Kavya consoles Anupama and motivated her to be strong. Meanwhile Vanraj gains his conscience and now he want to meet Anupama. When he met Anupama he said he pushed Anuj from the cliff. Anupama is shocked but he keeps the secret to herself and doesn’t discloses it. Later we came to know that Samar as well as Baa know the truth. In upcoming episode we can see that Baa is requesting Anupama to not file an case against Vanraj. Lets see what more Drama is waiting ahead? CONFIRMED: Shah Rukh Khan will be playing a cameo in Brahmāstra: Part One – Shiva as Vanarastra
Next Article 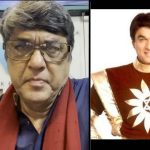