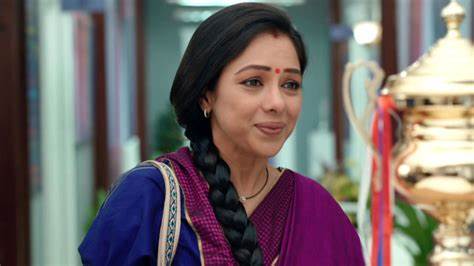 Rupali Ganguly is one of the most loving actress in Tv industry. She is currently giving her best performance in the Top rated show Anupamaa. The lady has won many many hearts from the audience due to her performance. The show is one of the most watched show by the audience and one of the Top rated show in the TRP.  Each time when she come on screen everyone is impressed by her act. Rupali is the main lead role in the show. Along with her show she has good sense in her fashion and fans always talk about her fashion sense. The actress is always been the talk of the town.

The Anupamaa actress has shared some of her photos on her Instagram. All the pictures were amazing. She was slaying a grey and black contemporary outfit which is combination of Western and Indian touch. Fans are showering love on her photos. One of the fan commented “Queen” while the other wrote, “Gorgeous as always”. Rupali captioned the pictures, “Hello again”. She has married to Ashwin K Verma and they have a son Reyansh. Rupali Ganguly show Anupamaa is one most popular show

The show is currently ruling the Televison screen. Anupamaa character is the most loved character on the show. Many more stars are there in the show like Gaurav Khanna, Sudhanshu Pandey, Madalsa M Chakraborty were in the lead role. The character of Anuj and Anupamaa is played by Gaurav and Rupali. Rajan Shahi is the producer of the show. The show airs on Star Plus. In the recent episode, we saw Anupamaa will be confronting Toshu about his extramarital affair. She questions Toshu for his shameless act. She also said that wife is not a ‘pair ki jutti’. Her expressions and dialogues left everyone speechless with her emotional performance. Neitizens called her one of the finest performances, others say it was ‘outstanding’. It looks like this week is goona be a #RupaliGanguly’s Show,” one of the fans wrote. 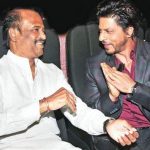