“Mr. RP was waiting for me for 10 hours,” Said Urvashi Rautela

In an interview, Urvashi Rautela said that in New Delhi when she came and had to get ready for a full-day shoot, ladies needed more time to get dressed, more than men. “Mr. RP came and waited for me in the lobby, as it seemed he wanted to meet, after 10 hours, I was soo tired that I slept, and later I woke up with 16-17 missed calls, I felt bad,” claimed Urvashi Rautela.

“To even make up for it, that someone was waiting for me and I couldn’t address him, though some girls are ok with making boys wait, I am not like that, to respect him, I told him that let’s meet when you come to Mumbai,” she added. Pant’s Reaction to this

Mr.RP famed Rishabh Pant in an Instagram story said “It’s funny how people lie in interviews just for some meager popularity and hitting the headline. Sad how some people are too thirsty for fame and name. May god bless them #merapichachoroBehen #jhutkibhilimithotihai”

Later Rishabh pant, after deleting the last story, posted on Instagram stories a quote that read “Don’t stress over what you cannot control.” According to people, Urvashi disrespect a national sport in which Rishabh Pant has countless times made India proud. Now people are trolling her because according to them she was trying to defame Rishabh Pant for her popularity.

Rishabh Pant on the other hand hasn’t targeted anyone, except the one story he deleted after 10 minutes. 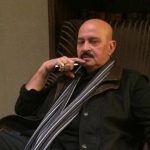