Tiger Shroff has to reduce his remuneration after Heropanti 2 debacle. Tiger Shroff has given back-to-back hits in movies like War and Baaghi series. But struggle to impress the audience and director with his current film like Heropanti 2 and Student Of The Year 2. Tiger Shroff has a number of his movie on his bags like Ganapath’, ‘Bade Miyan Chote Miyan’ and ‘Screw Dheela’ for ₹35 crores, ₹45 crores,s and ₹35 crores, respectively. Eventually, the result of his movies forced him to reduce the normal fees he charged per movie. According to a Bollywood Hungama report, Tiger has to reduce their fees for ‘Bade Miyan Chote Miyan’. According to a report by Bollywood Hungama, the buzz is that Tiger, initially on the high rise prior to the pandemic, has lost his audience post-pandemic times. Bade Miyan Chote Miyan also starrer Akshay Kumar.

Bollywood industries are struggling post the Covid pandemic. However, it’s Bollywood faced the Cancel culture which resulted in the movie’s flop. We are witnessing a couple of films, all Bollywood films, including much-awaited films, are tanking at the box office. In the worst case, they are even failing to go past the 60 crore mark. Tiger’s Heropanti 2 is one such disaster.

Kriti Sanon and Tiger Shroff’s made their debut with Sabbir Khan’s directorial Heropanti, which recently clocked in seven years of its release. It’s a special milestone for the two actors as they have also completed 7 years in Bollywood. Tiger Shroff and Kriti Sanon are the guest of Koffee with Karan Season 7 Episode 9. They reveal many secrets like why Kriti Sanon rejected Karan Johar’s offer of Lust Stories. Who they are fluttering and where did they make out?

Tiger shroff clearly states that Disha Patani is a friend but finds her body quite attractive. Tiger revealed that Shraddha Kapoor is his crush and many other Revealing factors happen in part of the show called “Koffee Bingo”. 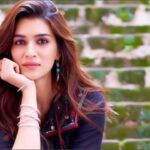