This Year has not went good for actor Akshay Kumar. His three of the films Bacchan Pandey, Samrat Prithviraj,and Rakshabandhan  has already been flopped this year. He is trying to heel his wound from latest release Cuthputli on OTT. But one more problem is around his upcoming film Ram Setu. Recently Subramanyam Swami has sent a legal notice to the makers of Ram Setu for presenting wrong facts in the film. 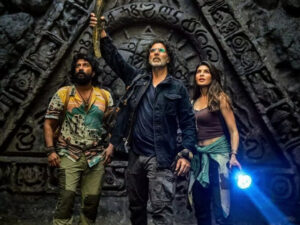 The news is coming that Akshay Kumar and makers of the film has sent the answer to the advocate Satya Savarwal. But Swami is not satisfied by his answer. The Bjp leader has given this information by his twitter handle. He wrote the answer of Ram Setu makers is insufficient that`s why i am sending a notice for better answer”. If this time answer will inappropriate then case will be filed in a court. 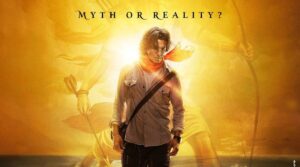 This is not the first time that Swami has pinned Akshay Kumar by his tweet. Before this on 29 July pointing his arrow to Akshay he said, if Akshay is foreginer then he is to be arrested and send him to his country.” In another tweet he expressed his sadness towards the actor. Swami said that i am going to file a case to actor Akshay Kumar and his production company. He has tried to present Ram Setu in wrong way. He that time said that advocate Savarwal has drafted a case.

Akshay Kumar along with Jacqeline Fernandez and Nurshat Bharurcha is also in this film. This film will release in diwali this year. Recently Akshay Kumar was seen in Cuthputli which was released on Diseny Plus Hotstar. Ram Setu is one of the awaited movies of 2022. Let`s see how fans reacts to this adventure movie. Juhi Chawla, Soha Ali Khan and Ayesha Jhulka to make OTT debut with Hush Hush; It will release on Amazon Prime Video on September 22
Leave a comment Leave a comment