According to new campaign of Netflix, Har Din Filmy, Netflix distpches multiple projects across genres. Netlflix shares behind the scenes, posters, teasers from these forthcoming movies. It also provides a brief to the audience to give what they can expect from these movies. Many stars like Rajkumar Rao, Tabu, Tamannaah Bhatia, Sunny Kaushal, Yami Gautam, Sanya Malhotra, and Ritesh Deshmukh, among others are included for this campaign. Let`s have a look at films that were launched today.

Plan A Plan B starring Ritesh Deshmukh and Tamannaah Bhatia: 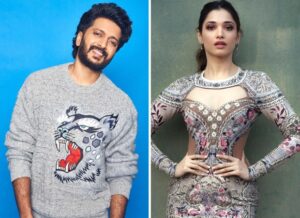 A teaser got released on Netflix of romantic comedy “Plan A Plan B”. It gives us the glimpse into two incompatible worlds, the matchmaker and divorce attorney fall in love. Ritesh shared his thought about the film saying,” It has been a wonderful experience working on this film-and i am excited for my netflix debut across 190 countries. Opposites, coming always have fun hope the audience enjoys the movie. Tamannaah Bhatia added,” it has been an absolute blast working with Ritesh and entire team of Plan A  Plan B. The film is directed by Shashanka Ghosh. It will be premiere on September 30. 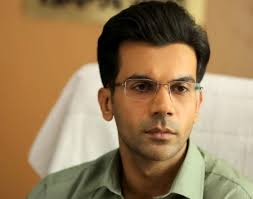 Its a crime drama thriller directed by Vasan Bala. The film features an assemble cast including Rajkumar Rao, Huma Qureshi, Radhika Apte, Shikandar Kher and many others. Director Vasan Bala said,” it has been a dream project for me and we cannot wait to entertain everyone with this twisted crime comedy brimming with mystery and drama.The film will be dark and devilish roller coaster whodunnit crime drama where survival is the key. 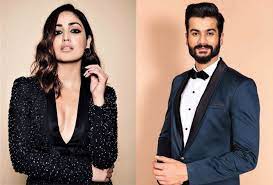 Netflix announced its upcoming suspense and thriller Chor Nikal Ke Bhaga. Netflix revealed an intriguing behind the scenes scoop that gives us the glimpse of what went in making of the film. The film stars Sunny Kaushal and Yami Gautam and produced by Manddock Films. Fans are excited to see these fine actors together for the first time. It is expected that film will be an complete entertainer. 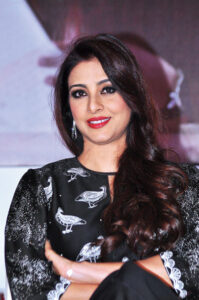 Apart from these movies Netflix also  unveiled two more upcoming movies Khufiya and Kathal. Film “Khufiya” will be featuring Tabu Whereas “Kathal” will be featuring Sanya Malhotra. Khufiya directed by Vishal Bharadwaz is based on Novel ‘ Escape to Nowhere’. Tabu in this film a role of spy who is juggling between her dual identity as spy and a lover. 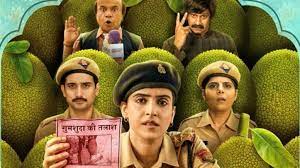 Kathal is a comedy movie starring Sanya Malhotra, Vijay Raaz, Rajpal Yadav and many prominent actors. The film has been shot in a small town in which Sanya Malhotra has played a role of cop; who solves a missing report of kathal(jackfruit). The film is directed by Yashowardhan Mishra and written by Ashok Mishra. Fans are excited to see these wonderful actors together sharing a screen. 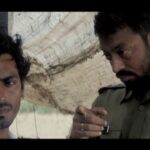