Indian Cricketer KL Rahul and actress Athiya Shetty are all set to tie the knot next year. BCCI confirmed the news on September 6.They both were dating since a long time. India vice captain is now all set for his  wedding .Both of them were seen together almost a couple of time. The actress was also seen in the stadium to cheer him from the stands. She was also there in IPL supporting him.The couple travel together for few tours and share photo in social media. Fans are keen on seeing them tie the knot as they were eagerly waiting for the wedding. Lastest buzz is that the duo have decided finally to get married.

KL Rahul is an famous cricketer he is now a part of Team India during the Asia cup 2022. The tournament was not that much good for him but he tried his best. As of now he had made only 63 runs in four innings. He have a best score of 36 off 39 balls against Hong Kong. He also made an comeback in national side after battling with injuries and Covid 19 during August. Rahul also made his place in the ODI series in Zimbabwe where Indian won 3-0. Now lets see whether he will play against Australia and South Africa  before the T20 world cup.

Rahul always kept his relationship secret for a long time. But now everyone knows about it as it was confirmed by both of them officialy. He was been dating his long time girlfriend Athiya Shetty. Athiya is the daughter of famous Bollywood actor Suniel Shetty who has also confirmed about their relationship. Now the couple have decided to marry next year after the New Zealand Tour. The news was also confirmed by Rahul. The wedding will take place in Maharashtra. The place will be Suniel Shetty’s home Jahaan in Khandala which is close to the actor’s heart. It was built 17 years ago. The wedding will be minimal with family members and close friends. 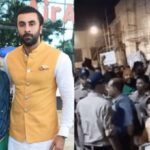