Kartik Aaryan is currently the hottest property in Bollywood. The consecutive success of the film made him a most demanded actor in Bollywood. Kartik is hitting the headline not for the movies but for the Advertisement that he rejected. According to the report of Bollywood, Hungama actors don’t want to endorse such a brand. We are all aware that Kartik Aaryan follows the footprint of his idol Akshay Kumar but doesn’t want to repeat the idol’s mistake. From Copying his film to promoting his films as Akshay Kumar did in the past. As we all know Akshay Kumar got the title of “Khiladi”  in Bollywood because of his fitness and the routine he follows. Recently  Akshay Shoot an Ad for “Vimal Pan Masala” with Big names like SRK and Ajay Devgan.

Fans didn’t like the Ad because they don’t want to see the fittest actor to promote this type of brand. Millions of people follow him if he promotes this type of brand then it creates an adverse effect on society. As Kartik Aaryan’s names get bigger he doesn’t want anything that hampers his fan base.

Kartik Aaryan already got the title of Youth Icon because of the monologue he act in Pyaar ka Punchnama. After that Actor never looks back. Bollywood Hungama Quoted “Actor is conscious of his responsibility as a youth icon”. About his professional work, Kartik Aaryan was last seen in the horror comedy Bhool Bhulaiyaa 2 co-starring Kiara Advani. The actor will next be seen in Freddy with Alaya F. He will also be seen in Shehzada. He will also star in Satyaprem Ki Katha alongside Kiara Advani.

This is the Second Film he is doing alongside Kiara Advani. On Kiara’s birthday, Karthik already announces the film’s name. The audience loves the chemistry between them. It’s a romantic love story film which includes many plots. Many hopes lie in Kartik Aaryan as Bollywood is not in good time. 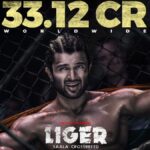 Liger Collected whopping 33.12 Crores on its Opening on Weekdays
Next Article