Famous comedian Kapil Sharma is set for his new upcoming movie Zwigato. The comedian-actor will show the unheard and unimaginable struggles of a delivery person in food delivery chains such as Swiggy and Zomato.

Under the direction of Nandita Das, and with the production of Applause Entertainment, the movie will have Kapil Sharma in the lead role of a delivery guy working for a food delivery company that exploits its employees. The trailer is receiving massive love from the audience for showing the reality and struggles of a common man in India.

Kapil Sharma in Zwigato, Trailer out

Kapil Sharma (or Manas), who lost his job as a factory-floor manager after the pandemic, later becomes a delivery guy for a food-delivering app called, Zwigato. The trailer begins with the highlights of a common man who simply wants to make the ends meet for himself and his family. Committing that he will do 10 deliveries today. Manas is taking off from his house, suddenly his son makes fun of him. ‘You say that every day,’ says the son. To which Manas his father replies, ‘Exactly like you polish your shoes every night,‘. The movie is filled with the hardships of Manas which is somewhat near to real life. Even then Kapil’s improvisations find humorous ends in the depressing life of Manas. With his wife and kids complaining about his current job.

Manas is fighting mentally and physically with the job that he had to take, without any options. ‘At the factory at least your hard work was seen‘ says his wife. ‘Why don’t you do another job?‘ to which Manas replies that, ‘providing food is a work of god,’. Avoiding the actual explanation to his naive daughter. When finding out that his wife working as a cleaner in a mall, he expresses his heavy heart, later which upon they argue. 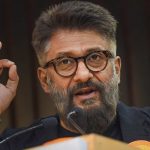