Amazon Prime Video has announced the launch date of awaited series Hush Hush. This series will features a cast and crew led by women. It is produced by Vikram Malhotra and Abundantia Entertainment. Juhi Chawla along with Soha Ali Khan, Ayesha Jhulka, Kritika Kamra, Shahana Goswami and Karishma Tanna will be seen in the lead role in this series. 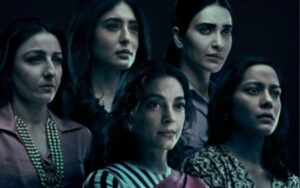 About the storyline of series:

Hush Hush revolves around a set of women whose well going life makes a turn when an unexpected event brings to the fore secrets from their past and ruin their life. United in a web of lies, cheats and fighting ideology, the story explores the gale that mash behind the seemingly quite frontage of the privileged lives of these women. This series is directed by Tanuja Chandra. More than 240 countries and territories can stream the series from September 22.

What makes this series different from others: 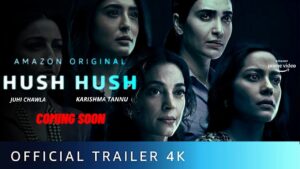 First of all this series features a cast and crew comprising women, right from the production, the costume designer, the associate producer, the co-producer, to teams of the arts, costume, productions and even security system. Writers of this series are also women. This series will set a new benchmark in amplifying female voices, in the portrayal of strong characters set in a world around us.

Earlier director of this series said that,” We are thrilled to join hands with some strong female characters to create a story that amplifies female voices in both, reel and real life!” It would be a proud moment to see these women in lead role. People have earlier loved the strong female lead role. Let`s see how fans reacts to his series. Ram Setu: Problems for Akshay Kumar is not decreasing, Subramanyam Swami once again asked for the answer
Next Article 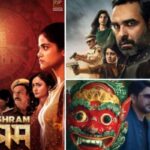