T-series making a debut in Hindi with the film remake of Tamil-Hit. On 24th August Vikram Vedha’s trailer launched on Youtube film and starrer big names like Hrithik Roshan and Saif Ali Khan failed to impress the audience Vikram Vedha is a remake of the south film Vikram Vedha which starrer R. Madhavan and Vijay Sethupathi.

Director Pushkar-Gayathri. directed both the films. Vikram Vedha Will be released on 30th September 2022. It was said that Shah Rukh Khan was the first choice for the film. Both the actor is well-Known to be romantic heroes yet Saif Ali khan proves that he can portray many characters like in Laal Kaptaan and Sacred Games. Hrithik Roshan will portray the role of the Gangster after a long time in theatres.

Synopsis of the Film

It’s the police chasing the Gangster type of film with a lot of suspense in it. The two protagonists’ character of the film is Super-cop(Saif Ali Khan as Vikram) and a flamboyant Gangster(Hrithik Roshan As Vedha).  The main plot of the film was the Questioning and answering between the Cop and the Gangster which created curiosity among the audience about what is going to happen. The parallel story of Vikram and Vedha also goes there. Story Showed how Vedha becomes a gangster from smuggler because of his younger brother. Because of the younger Brother, there is a rift between Vedha and his gang members. This created a massacre in the city and Vedha becomes the primary target of the Police. Vikram wants to know the truth of the Vedha Story and the things he told to the cop. SS Rajamouli will again do a blast like ‘Bahubali’ and ‘RRR’, made a big disclosure about Mahesh Babu s pan India movie
Next Article 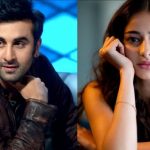