Ayushman Khurrana and Rakul Preet Singh in lead roles in their upcoming movie Docter G. Both the actors blazing their white coats, aspiring to become a doctor are struggling in the movie. Under the direction of Anubhuti Kashyap. The movie also has Sheeba Chaddha as Ayushman’s mother who is busy finding her love on tinder. Shefali Shah in a key role in the movie.

Dr. Uday Gupta or Ayushman himself gets some beating after asking his patient to remove her clothes to diagnose her problem at his clinic. Even though he aspired to become an orthopedic surgeon while studying in a medical college, he is now stuck with his job as Gynae. In the clouds of Ayushman’s frustration with his situation, he meets the female lead role Rakul Preet Singh. Who is in the same medical college, also in the Gynae department, there is a love arc between the roles. Leading all the girls in her class, Rakul Preet is ‘Ragging’ Ayushman as he is the only guy in the whole class. ‘You have to lose the male touch’, Shefali Shah to Ayushman Khurrana

Discussing the problem that women in India. Those who are not so exposed to other males except their husbands prefer female gynecologists to treat them.  According to them, it would be awkward and shameful.

Finding solutions and confessing his frustrations to his senior in the movie Ayushman Khurrana faces Shefali Shah. ‘People always prefer a female doctor,’ says Ayushman. She replies, ‘What is this male-female nonsense, a doctor is a doctor,’. To which Ayushman pursues the question saying that ‘patients don’t think like that,’ to which Shefali answers, ‘First you need to change your mindset,’ later adding that ‘You need to lose your male touch.’

Fans are loving the trailer, the trailer is now #2 trending on youtube. One fan commented on the video, ‘This guy has got the balls of steel. It is really a gutsy move of him to work on such movies which actually creates an awareness in the society rather than just working on Massy movies which most of the actors work for to generate huge numbers. Respect to Aayushman Khuranna for always taking up movies for social awareness rather than thinking of just numbers.‘ 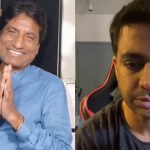 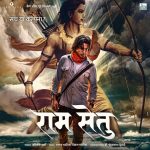