Bollywood Actress Anushka Sharma and her cricketer husband Virat Kohli are one of the cutest couples in Bollywood. Both of them always travel together and shares pictures on social media. The power couple is adore by a special name by he fans known as “VIRUSHKA”. The couple succeed in setting the couple goals. They both welcomed their little daughter Vamika in 2021.The two have reportedly buy extravagant  farmhouse in Alibaug worth 19.24crores on the Eve of Ganesh Chaturthi. According to source a deposit of one crore and fifteen lakhs has been already create. In absence of Virat, Vikas Kohli completed the transaction on Tuesday a day before Ganesh puja.

The Luxury Farmhouse will be set up on 8 acres of land near Zirad, a village in Alibaug. The couple is spending Rs 19 crore on the house. The payment done by a well known company named Samira Habitats. They also deposited a stamp duty of Rs 3.35 lakh. The place inspected by both Virat and Anushka six months ago. As Virat is busy in his cricket schedule he couldn’t come and lock the venue. They both came together for a shoot for a project. They wore matching outfits and posed like Rockstar. 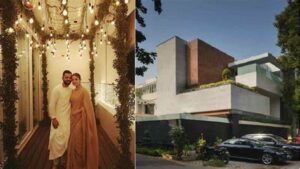 Anushka Sharma will be next appear in Chakda Xpress. She will be playing the role of an Indian cricketer Jhulan Goswami in her biopic. Anushka is all set to make her comeback to the big screen after three year. She started gearing up for the movie and her role. Anushka has also shared some BTS moments from the shooting sets. Posit Roy was the director of the film. She last seen in the Shah Rukh Khan starrer Zero in 2018.It is her first movie after welcoming her daughter Vamika. Anushka told this film will inspire people and will be the eye opener into the world of women’s cricket.

Virat Kohli is currently in Dubai for Asia Cup 2022.He had hit a fifty against Hong Kong in the Asia cup. The former captain also scored 35 against Pakistan in the first match. After back to back good performance the batter will be eager to continue the good work going. 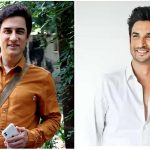 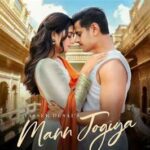