Hrithik Roshan and Saif Ali Khan‘s Vikram Vedha break multiple Bollywood records in under 30 minutes. The teaser came out at 11 am on the 24th of August as promised. More than 1 Million views under 30 seconds

As soon as the teaser went public, it not only collected more than 1 million views but also more than 2 Lakh of likes. The teaser did not stop there, it also filled with 30 thousand comments in under 30 minutes only and left everyone surprised.

According to some experts, the real-time view count is much larger than the one that is shown in the video. At 11:31 am the movie crosses the 1 million mark with a wide margin. Which is certainly a very proud thing for a Bollywood teaser.

This is the first time for Bollywood superstar Hrithik Roshan to play the lead Villain role, and we need no introduction to his acting talent. How he enters and lives inside the body of the character is really applaudable. How he shoots Ak-47 menacingly is really scary. Though he was very busy with the promotions and previews. Traveling from place to place avoiding paparazzi.

The statement of appraisal triggered the trollers and sooner Hrithik Roshan was under the scope. People started Hrithik Roshan and started hashtags to boycott Vikram Vedha. 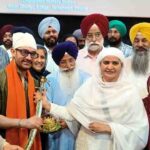 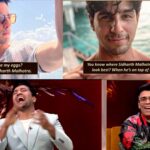