Varun Dhawan and Anil Kapoor were the guests of the Koffee with Karan S7 E11. The promo went online from the handle of Karan Johar’s Instagram. When asked, ‘Who is obsessed with selecting the wrong scripts’.

The cast of ‘Jug Jugg Jeeyo’ was the guest this Thursday in the coffee house. The duo of Varun Dhawan and Anil Kapoor is really looking funny and interesting. As the promo proceeded, Karan Johar introduced a new Rapid fire round to ask back-to-back questions to both the stars. Karan Johar started with Varun, asking him ‘Who is the one obsessed with selfies’ he answers, Arjun Kapoor. Then Karan asked ‘Gossiping?’ he again says ‘Arjun Kapoor’, Karan then asks about choosing the wrong script?’, and he then again answers Arjun Kapoor. To which the trio kept on laughing, and Karan surprises and says, ‘Really?’ Karan doesn’t stop there with his question and asks, ‘flirting with strangers’ to which again Varun Dhawan answered  ‘Arjun Kapoor’.

Before this, another interesting incident happened. When asked, ‘what are the three things that make him (Anil Kapoor) younger ‘, he replies “Sex, sex, sex” which leaves everybody shocked and laughing. Anil Kapoor in the Bollywood industry is known for his young sense of humor and his fitness compared to his age. After the funniest rapid-fire questions round, the trio was laughing and enjoying roasting Arjun Kapoor. To which Kapoor interrupts by saying, ‘Nephew hai yarr mera wo’ (guys, he is my nephew). All of this was fun and taken lightly by both sides and the trio seem to be enjoying each other’s company. The duo was also told to put on their dancing shoes. After that, they both went on to dance their hearts out.

The episode will stream on Thursday, on Disney+Hotstar. Though you can watch its amazing promo here:

Sidharth Malhotra in Manali for Yodha Shoot
Next Article 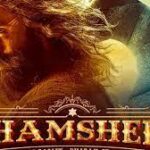