The film ‘Modi Ji Ki Beti’ will hit the theatres on October 14. The trailer of the movie got released. Starcast includes Pittobash Tripathi, Vikram Kocchar, Avani Modi and Tarun Khanna. The Motion Poster caught the attention of the people. In which a girl is standing with folded hands wearing a burqa. People are now liking the trailer of this film.

There is a tremendous hype among movie lovers regarding this film. After the commotion created by the motion poster, the trailer is here to increase youe excitement further. Which is full of comedy. The trailer of this film is trending on Twitter as soon as it is released. The small budget film ‘Modi ji Ki Beti’ will hit the theatres on October 14. The director of this movie is Eddy Singh. Watch the trailer here:

The story of the film:

This is the story of the upcoming actress. She becomes a victim of the media and gets caught in  the controversy created by the over smart journalist. The journalist calls her the daughter of the Prime Minister of the country. After this, the entire focus of the media becomes on the heroine. Who becomes a star overnight. To make the story more interesting, two foolish terrorists who kidnap the heroine to prove themselves capable. They believe in fake news and consider the heroine to be the daughter of PM Modi.

Two stupid terrorists want to make big name like Kasab. In this effort, they make a disaster plan. Terrorists make a plan to kidnap the actress. So that he can make the whole India dance at his behest and ask for Kashmir from India. But the plan of the terrorists backfires. In affair of becoming Kasab, the lives of the terrorists themselves get in trouble. The trailer of the movie is funny and entertaining and funny.

Many big and small films came in 2022. But only a few of these films have got success at the box office. Brahmastra has given a new hope to Bollywood.  Now will small budget film like ‘Modi Ji Ki Beti’ does a good business at box office? All responsibility will be on the review of the movie. 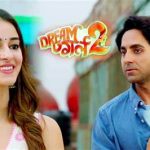 Dream Girl 2 teaser out! Ananya Pandey will be the New star
Next Article