Alia Bhatt denies any ongoing Boycott Movement in Bollywood meanwhile, we all saw how the BoycottBollywood trend ruined the movies like Laal Singh Chaddha from Amir Khan, Rakshabandhan from Akshay Kumar, and at some level Brahmastra. For the last few months, the trend is getting stronger and more violent with time. When actors and actresses make controversial statements, it doesn’t take much time to catch their fire on social media. Alia Bhatt was in Delhi for a promotional event for Brahmastra. On the question about, ‘If the current climate in Bollywood is suitable for the release of a film as ambitious as Brahmastra’. The actress subtly denied any movement going on. The actress replied, ‘Which climate? Summer? Winter? There’s no such thing. It is a beautiful environment to release a film. Right now, we need to be healthy, safe, and secure. We should all feel grateful for life in general, aise Kuch mat bolo, aap mat spread Karo. Negative kuchh nahi hain environment, sab positive hain, sab acha hain (Nothing is negative, everything is positive).‘ Later the actress added, ‘We are so happy that theatres are back, films are back in theatres. We are very grateful that we are getting to do our job and put it out for the audience to watch. Climate yahi hain ki abhi September shuru ho gaya, agli maheene October shuru hoga.‘

Alia Bhatt, Ranbir Kapoor starter Brahmastra reportedly made 410 crores on its opening day. According to the fans and the experts, a movie that took years and years to complete, the hype that was built around it was where exaggerated.  If we look closely at the early trends of the opening day, Brahmastra could be an even bigger opener for Ranbir, more than Sanju.

Many trade analysts are agreeing that based on the 40%-50% occupancies of the theatres, Brahmastra was likely to do a business of 30-40 crores on its opening. 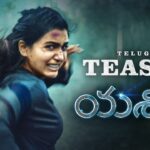 Samantha in ACTION, Yashoda Teaser OUT
Next Article 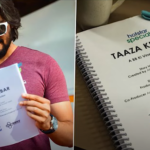