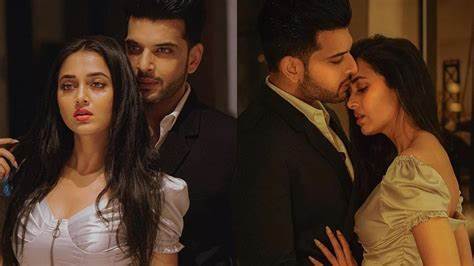 In the Bigg Boss 15 they both have participated the show. For the first time Tejasswi Prakash and Karan Kundra became romantically involved. During the whole season they both were in relationship. Audience were loving their chemistry and showering tons of love to the couple. When the show was coming to an end they both said that they will be together even after the show complete. After the show their relationship was always the trending news. Many rumours have also been made regarding them. Even their wedding rumours were made to which the couple denied. 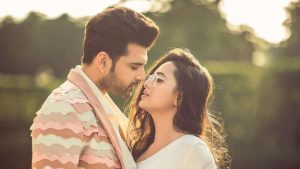 Recently the couple did an romantic photoshoot. Tejasswi has shared a photo on social media where she is posing nicely for the camera alongside Karan. In the photo she is wearing a sporting white co-ord set. The actress accessories the look by a pair of sunglasses which was going good with that outfit. Karan was looking handsome in a white shirt with matching pants and he completed his look with a blazer. She made some of the extraordinary poses for her photoshoot. Tejasswi is one of the most loved actress in industry having an fan following of 6.3 million followers. When she shared their couple photo fans reacted instantly and giving all their hearts to the beautiful couple. Even her single photo was also stunning and fans commented on that photo as well. 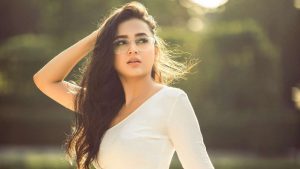 After winning Bigg Boss 15 Tejasswi was the most demanding actress in TV industry. She bagged the most popular show Naagin 6. The show is an supernatural show by Ekta Kapoor. She has been paired up opposite to Simba Nagpal who was also seen in Bigg Boss 15. Her acting skills always made the fans amazed. She has worked on number of shows like Sanskaar-Dharohar Apnon Ki, Swaragini, Karn Sangini, Khatron Ke Khiladi 10, Pehredaar Piya Ki, Rishta Likhenge Hum Naya and others. 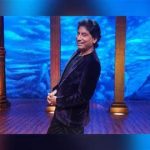