Stay on Board: The Leo Baker Story is a new Netflix original documentary that will be released on the 11th of august 2022. The documentary follows the life of a young skater named Leo Baker who rose to fame for being one of the best skaters.  He was always considered a female skater who was asked to embrace feminity and be a great woman in sports. To overcome all of it he finally came out as a trans man risking everything but still, he was categorized as a female skater. Even after declaring his pronouns as he/him/they/them he still got called with the pronoun she/her. And as a trans person, the misperceiving of his gender was taking a toll on the skater’s mental health. After so much hard work he qualified but for the women’s team. Finally, he decided to step away from the Olympics at the age of 28.

Life after quitting the Olympics.

Even after quitting the Olympics, he doesn’t regret the decision he made because he feels much more peaceful and happier than before. He said “I am happier than I’ve ever been in my life, beyond what I could have ever even imagined,” he also said “Purging all the stuff that was not working for me, like quitting the Olympics and getting rid of all this stuff that was not ‘it,’ created a clearing for things that are it or could be it.” Now Baker works for the trans community he is also a songwriter and a singer.

Aim of the documentary.

The documentary aims to remind people to be true to themselves and do whatever it takes to be the person they want. The documentary also aims to make people realize how important it is to respect one’s choices and to make the world a better and safer place for all human beings. Even if just one trans person gets the inspiration from the documentary that will be more than enough, So, do watch the documentary to educate and learn about the struggle trans people face just be themselves, and watch it for the people around you. 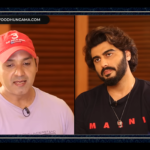