As the trailer of Siddharth Malhotra and Ajay Devgn’s movie, Thank God went online on youtube, it received an amazing response from the audience. In the trailer, Ajay Devgn is playing the role of Chitragupt. The same Chitragupt in Hindu mythology is the keeper of karma in the Hindu religion. The character of Chitragupt in the movie plays a game with the common man Siddharth Malhotra. Chitragupt gives tasks and scenarios as per the trailer in the movie. This concept hurt the sentiments of Himanshu Sharma, a lawyer in UP.

In a statement given to police at the spot, Himanshu Sharma said, “Chitragupta is regarded as the lord of Karma and keeps a record of a man’s good and bad deeds. Such depiction of Gods can create an unpleasant situation since it hurts religious sentiments.” Though he gave a statement in the police station, he will get a call up again on November 18, to record another statement. Himanshu Sharma registered the complaint in a court based in Juanpur in UP. According to him, the movie makes fun of the Hindu gods. Not only is the movie a mockery of Chitrgupt, but it also misleads the character of Ajay Devgan. Siddhant Malhotra and Ajay Devgn are looking nothing but funny according to the netizens. Even still the slightest mock of Hindu Deities and gods is not tolerable. According to a user in the comment section, “Be ready for a legal case against this….people are not ready to joke about the gods in our country. Some guy from some corner of the country will try to mess it up, its India and there is not much we do about it.” 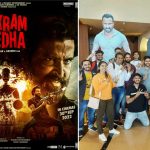