Siddharth Malhotra and Ajay Devgan are now back with their fantasy-comedy movie. According to the trailer, the movie is a slice of life. The duo is working together for the first time to together. Their jokes and punchlines actually hit and their acting is actually good. The CGI in the movie is looking a bit cheap but the audience is hoping that the storytelling will be from characters, not the CGI. Ajay Devgan is looking godly in his Chitragupt avatar, meanwhile, Siddharth Malhotra is playing the role of a common man.

Siddharth Malhotra’s role and the plot of the movie

The movie is about what happens after we die, or according to the trailer, when we are in between life or death. Siddharth Malhotra is a common man who has undergone an accident while yelling at his wife. The character of Siddharth is irritated all the time and unthankful to god and his doings. After the car accident, he is in between life and death. There, he meets Ajay Devgan in the character of Chittragupt. Who tells him that he is not dead, he is critical in the hospital.

A man full of sins and confusion ends up in the Yamlok, where Ajay Devgan or Chitragupta offers him to play a game, a game of life. The trailer is hilarious yet meaningful.

The is movie is under the direction of Indra Kumar, written by Aakash Kaushik and Madhur Sharma. The movie’s producers are Bhushan Kumar and Krishan Kumar. The movie stars Ajay Devgan, Siddharth Malhotra, and Rakul Preet in its leading roles. We Noora Fatehi in a special appearance in a Manike Mage Hithe remake song. We can also see Kiku Sharda in the scene.

The movie is set to release on the 25th of October, Diwali. 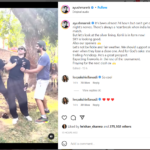 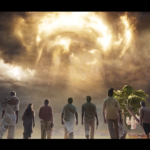