Known for trying out new projects ,Shahid Kapoor has always experimented with his choice of films. From playing ,the macho crazy lover to a cricketer,the actor recently was seen in varied roles.And now we have some information about his film with sultan director Ali Abbas Zafar.The film which is titled Bloody Daddy,has finalised its OTT platform and it will be on Voot Select.

As per recent reports the makers have decided to skip the theatrical release as it will exclusively premiere on Voot Select.Even though they have not finalised the date,if these reports are to be belived,they have decided to release it in final quarter of the year.For the uninitiate,Bloody Daddy is expected to be a remake of the 2011 French film Nuit Blanche(sleepless nights) starring Tomer Sisley. The action thriller will feature Shahid Kapoor as a loving father, who is on the run to save his son from mafia.

Role of shahid in this movie

As per a source quote of Bollywood Friday,”The action saga has Shahid playing a father who tries to save his child and involves a lot of blood and gore,so the title suits the film.it`s a tentative working title but in all probablities,this would be the title they lock.Well this is not the first time Nuit Blanche is remade in india. This movie is already remake in Tamil and Telgu languages. 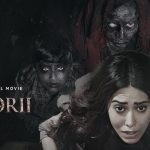