Salman Khan is nowadays busy with his upcoming lineups of movies. He took some time off to have fun with the sailors of the Indian navy on the INS Visakhapatnam. INS Visakhapatnam is one of India’s biggest destroyers, with an overall length of 164 meters and a displacement of over 7,500 tones. Salman Khan had a good time with the sailors while joyfully waving the tricolour. The “Bhaijaan’s” method of kicking off the celebrations for Independence Day is just around the horizon.

He proudly waved the flag with the sailor and shared some good memories of his last visit back in 2010. The actor also indulged in so many fun activities that his fans really enjoyed watching them. Did so many fun activities

He danced with sailors, challenged them to push-ups, and even cooked with them. Salman Khan wore a white shirt with denim and even had his own personalized navy cap. Several photos are viral and enjoyed by his fans.

The Indian Navy officials looked quite energetic to see him onboard. They waved the flag together and also clicked a lot of pictures together on the INS Visakhapatnam.

Though, this is not the first time Salman khan has visited the Indian navy, back in 2014 Salman khan spent independence day with the naval officers in goa.

He expressed his love for the armed forces in so many instances, he even played a role of a naval officer in his movie “Bharat”, in which he starred with Katina Kaif From medium and short-range guns to anti-submarine rockets and advanced electronic warfare communication suits, INS Visakhapatnam is fully equipped to handle the situation. It accommodates a crew of 312, has an endurance of 4000 nautical miles, and is capable of carrying out a typical 42 days mission with extended time. 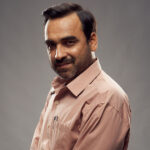 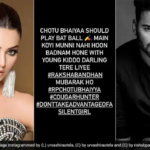