Bhaijaan Salman Khan drops his stunning look from Ladakh. Salman’s long stylish hair is waving in the hair in the picture. Some fans called him a “Trendsetter”.

Bollywood Superstar Salman Khan is nowadays busy with his upcoming film Bhaijaan, starring He is himself in the lead role. Farhad Samji directed the movie and Sajid Nadiadwala is the producer. The actor is in black overalls with black shades, a black jacket, and black denim, near a black matching motorcycle. In the caption, Salman Khan wrote, “Leh..Ladakh”.

Have a look on: Salman Khan and Katrina Kaif proceed with “Bhaijaan” including Abdu Rozik: the world’s smallest singer The movie is filled with Salman Khan’s favorite one-liners and power-packed action sequences. To talk about the cast of the movie, will star Ayush Sharma, Asim Riaz, and Zaheer Iqbal. They will play the roles of Salman’s younger siblings.

All the brothers are busy finding the perfect bride for the unmarried bhaijaan. Pooja Hedge will play the lead female role or the role of his wife.

About the movie, Pooja Hegde said, “I am really excited to work with Salman Khan. Due to covid, makers decided to postpone the movie. What I really admire about him is that he is very transparent–if he likes you, he really likes you, and if he doesn’t, then you can tell he doesn’t. I really like that. In a world where people can be fake, it’s really nice to at least know where you stand with a person. And that’s something that takes a lot of guts to do–to be frank and honest about how you feel about the person; I think that is great.”

The film is set to release on Diwali 2023, on the occasion fans are eagerly waiting for the movie, and expecting a trailer by now. To know more about the movie, click here! 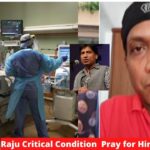 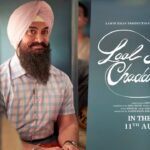