Ranveer Singh film Jayeshbhai Jordaar which didn’t perform that well at the box office. The film storyline was based about female foeticide about how people should not kill girls. Subject for the movie was wonderful. The movie also starred Arjun Reddy star Shalini Pandey. Ranveer Singh was playing a role of loving husband and father fighting for his unborn child.

The film was released on May 13. It collected Rs 15.59 crore at the box office. Director of the movie was Divyang Thakkar who used many attempts to raise questions on social issues, disparity, and female feticide. Ranveer has been salvage the script which was made by the writer.

Vivek Agnihotri slams Ranveer Singh for dancing shirtless with 25 girls at the film’s promotional event. Vivek said the subject of the film was good but dancing like this doesn’t make any sense in an event. It is not a fashion show or comdey film. He criticized him by saying so called number 1 star. People don’t get tired praising him and his film but how were they promoting the film.

Dancing like this with 25 girls after knowing the whole story of the film. It is about female foeticide shameless act done by him. Vivek Agnihotri last movie was The Kashmir Files which was one of the significant hits in India. The movie narrates the exodus of the Kashmir Pandits from the Kashmir valley in 1990s.The movie featured Anupam Kher, Mithun Chakraborty. 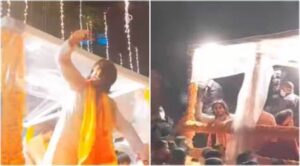 Recently Ranveer and Deepika seen at Ambani ‘s residence in Mumbai. Both of them dressed in traditional outfits. Deepika opted for a beige suit while Ranveer plumb for white kurta and churidaar set for the do. Ranveer steals the show at the Ganpati Visarjan with his dance moves .He couldn’t control the excitement and joined the dholwalas. The power couple video went viral on social media. The actor will next seen in Karan Johar’s film Rocky Aur Rani ki Prem Kahaani co starring Alia Bhatt. He also intended to a part of Rohit Shetty’s film Cirkus and Karan Johr’s Takht. 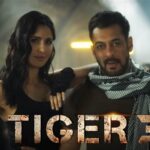 Salman Khan, Shahrukh Khan to shoot for TIGER 3
Next Article Naagin 6:Tejasswi faced criticism for her accent
Leave a comment Leave a comment