Ace comedian Raju Shrivastava passes away on the 21st of September. While suffering from cardiac arrest and severe brain damage. Raju was in the hospital from the 10th of August from the very day he faced his arrest. According to the members of his family, he will be cremated on 22nd of the September.

The comedian-actor suffered from cardiac arrest while working out in the gym, on a treadmill. According to his trainer, he suddenly fainted on the treadmill, suffering damage to the brain. Later at AIIMS Delhi, it was revealed that he suffered a heart attack, also brain damage. Brought by his trainer to the hospital, Raju’s health was varying across the weeks. From the reports of Raju Srivastava in a critical stage in the hospital, there were reports of him doing better with time were also there. Now suddenly he passes away today on 21st of the September.

Raju Shrivastava will be cremated on 22nd of the September

Raju Srivastava’s brother-in-law confirmed that the cremation will take place in Delhi, on the 22nd of September. He said, ‘In the morning, his BP dropped and then he was given CPR. At first, he responded to it but later collapsed. The ventilator was supposed to be removed in 2-3 days. Medicine doses had also been decreased.’ Later in his words, he added, ‘The funeral will be held in Delhi.’

Currently, his wife Shikha, Daughter Antara, and his son Ayushman were currently in the AIIMS Delhi by his side. Even though the family was thinking about taking him to either Mumbai or Kanpur.

In the midst of the Uri attack, while the nation was morning martyred soldiers, Raju Srivastava chose to cancel his show in Karachi(Pakistan). He said that for the actual comedy to come on the stage, it has to come from within, and he won’t be able to perform with a heavy heart. He also later added that he cannot go across the border with guns and this is just his way of protesting. 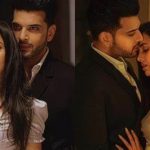 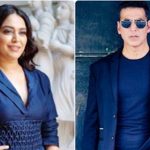