Raju Shrivastava’s health is declining by the day. On the 10th of august, Raju Shrivastava was admitted to Delhi’s AIIMS hospital. He was bought in by his trainer to the hospital immediately. According to his trainer, he collapsed suddenly while working out on a treadmill. Raju suffered from a cardiac arrest, according to the doctors. He was given CPR and then followed by angioplasty.

“Pray for Raju Ji’s health, his condition is really critical and he is going through so much”. Said his friend Sunil Pal. “Even doctors are now unable to do anything, please pray ” he added with broken words. We can clearly see Sunil Pal getting emotional and on the verge of breaking down.

“Even the brain has stopped functioning” confirms Sunil. Ajit Saxena, Raju Shrivastava’s advisor informed that “Today morning, doctors have informed that Raju’s brain is not working, almost in unresponsive condition. The heart is also facing problems. We are all worried and everyone is praying. Even his family is unable to comprehend what’s going on.” he later also added that he and the whole team of doctors are now waiting for a miracle to happen.

Family’s appeal to the people

Raju Shrivastava’s family made an informative on his Instagram. The family informs the people that his condition is not ‘stable’, doctors are treating him, and also not to believe rumors. The family also requested people to kindly pray for him.

Actor and judge in their famous show Laughter challenge, Shekhar Suman is a friend of Raju. Before in an interview said, “Raju had come on the sets of India’s Laughter Champion around 15 days back and we had chatted for a long time in my vanity van. I had observed that he had become a bit weak and I also told him to take things a bit easy and not stress so much in life. He was fine, but I did advise him that he should take care of his health.” 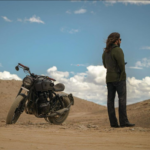