After the release of Brahmastra, the audience had mixed opinions about the film. Punit Pathak believes that, Brahmastra is ruling the Box office and breaking Bollywood’s chains of flop films.  As the film ends on a suspicious note audience is curious about who portrays the “DEV” Character.  The last scene showed the DEV  toned body and long hair.  Punit Pathak says, the audience guessed it was Ranveer Singh according to the physique of the character. Makers have given a signal that the “Ambika”  character(one of the main protagonists of Brahmastra Part-2)  will be played by Deepika Padukone.

The report from Telly Chakkar tells a completely different story about the Character portrait. The report said the DEV sequence was played by DID(Dance India Dance) fame Dancer and choreographer Punit Pathak and not Ranveer Singh. Comparing the physique of the Punit Pathak to Dev, one can not imagine it.

However, Punit clears all the rumors by saying ”No no no, I have not shot it,” and adding, ”It is not true, it is not right. I am not  in Brahmastra.”.  Not only Ranveer Singh but also Hrithik Roshan was approached for the role. Most probably it will be Ranveer Singh after all Deepika Padukone will portray the character of Ambika.

The shoot of Brahmastra 2 will soon begin

Director Ayan Mukherji said “This was the time when we started working on the next two parts. ‘Brahmastra – Part 2: Dev’ will be bigger and better.” Adding to this second part will explain all the problems related to  Brahmastra. The main protagonist will be revealed in Part 2 and many characters and Astra will be revealed. Further Director also said that as soon as we get back our energy he will start the shoot of Brahmastra 2. The first film establishes the character of Dev, which is another character with superpowers. He also wants to control the unimaginable power of Brahmastra.

Brahmastra Actor, “why are we not criticizing Avengers?” 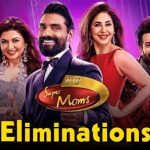