On September 23, National Cinema Day will be observed at theaters. Multiplexes claim that there is a lot of enthusiasm among the populace. Because of this, reservations on September 23 may reach record levels.

The Multiplex Association of India will commemorate National Cinema Day on September 23. Tickets for all of the movies are being offered under that for just Rs 75. According to the association’s information, National Cinema Day has proven popular and there has been a record amount of advance ticket sales.

It is expected that this year best football can be seen in the theatres. By the way, the purpose of celebrating National Cinema Day is also to motivate people to come to the cinema halls. That is why the ticket price has been kept so low.

You can watch these movies in 75 rupees: 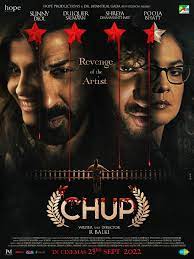 Ranbir Kapoor`s Brahmastra, which released on September 9, is still running in theatres. If you have not seen the film yet, it can be seen on September 23 for just Rs 75. Sunny Deol, Dulquer Salmaan, Pooja Bhatt and Shreya Dhanwantri starrer ‘Chup’ is releasing tomorrow and a great viewing opportunity at Rs 75. According to the information, there has been already 1.25 lakh tickets have been sold out of ‘Chup’.

Apart from these two movies there is another release on 23 September. The film ‘Dhoka’ starrer R. Madhvan and Aparshakti Khurana is releasing on 23rd September. Some movies like ‘ Matto`s Cycle’, Siya released on 16 September, are also in theatres are running.

The audiences of these states will not be able to gain benefit:

More than 4000 screens across the country are involved in this event. However, in some states, due to rules and tickets pricing, you will not be able to take advantage of this scheme. These include cinemas in Telangana, Andhra Pradesh, Tamil Nadu and Kerala. However, National Cinema Day will be celebrated in some cinema halls where South Indian audience will also be able to watch the film for Rs 75. Also read 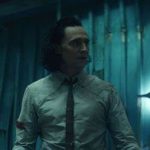