Kunal Kemmu is best known for his Acting but announced of becoming a director. On the occasion of the  Ganesh Chaturthi, Kunal Kemmu announces the director of the film Madgaon Express with Excel Entertainment. Farhan Akhtar and Ritesh Sidwani will be the producers of the film. Kunal also being thankful to Farhan and Ritesh for believing in him and the script he wrote partnering with me on this exciting journey in the world of cinema. Kunal kemmu is one of the artists that we have seen him acting from childhood to Adulthood now adding one more cap of becoming a director. After acting for many years actor decided to become a director. Kunal shared the title of his directorial debut film, Madgaon Express.

The main Protagonist of the film is BulBul’s famed Avinash Tiwary, Mirzapur actor Divyenndu and well-known Pratik Gandhi. According to sources, the film will be a friends movie with a similar template to Dil Chatha hai and Zindagi Na Milege Dobara.

Previously, Farhan Akhtar made his directorial debut with Dil Chahta Hai in 2001. His sister, Zoya Akhtar also made her directorial debut with Luck By Chance in 2009. Now as Kunal Kemmu is also commencing his directorial journey with Excel, we are just excited to see another cinematic wonder from the makers. we all know Excel Entertainment is home to many talented who has given some of the top-notch cinematic wonders to the audience. As the film is of a similar template many believe that Kunal kemmu’s upcoming directorial can be wrong. 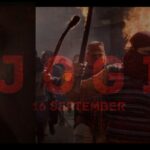