Karan Johar bond with superstar Shah Rukh Khan has been the oldest and strongest.
SHARE

Brahmastra will be released on 9th September. Karan Johar not missing a single chance to promote Ayan Mukherji’s film. Though Karan Johar confirms that SRK will be in Brahmastra playing a cameo role as Vanarastra. But there hasn’t been any confirmation that SRK is there.  Bollywood already is in deep trouble with people boycotting the film and cases filed against the actors from different cities of India. So Karan doesn’t want to take any risk with Brahmastra and wants to redeem all his Trump cards. SRK has always his one of the main cards. Karan Johar starts down his Countdown for the film Brahamastra with #8 days to go in a recent post on Instagram with a glimpse of SRK.

Fans dropped fire and Red Heart emojis on Karan Johar’s video. They couldn’t hold excitement and showered immense love for the King Khan of Bollywood. One of the users wrote, “I think this movie will set a benchmark for Indian films. And Ayan might just emerge as the Peter Jackson of Indian films! Good luck Team Brahmastra!” Another comment, “Damn… looks very interesting. notice the details.. he is setting fire in the same way Lord Hanuman set Fire in Lanka…” Others hailed the King of Bollywood.

Mouni Roy plays the character of a villain in Ayan Mukerji’s Brahmastra. The Main Roles are played by Ranbir Kapoor and Alia Bhatt in the lead and Amitabh Bachchan, and Nagarjuna. As the trailer release of the film, everyone is speculating whether  SRK has a cameo in the project. Mouni Roy Confirmed in an Interview with Bollywood Hungama she shared “When you are working with Ranbir, Alia, Bachchan sir, Nagarjuna sir, Shah Rukh sir has also played a guest appearance in it.” She further describes his role  “I came on board as a special appearance to it becoming a lengthier role, to me becoming the antagonist and the main villain in the film 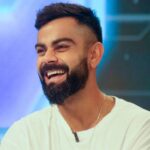