Kartik Aryan is all set to be a part in director Anurag Basu next film. Kartik recently has become one of the most charming, energitic and ruling box office charts in commercial Hindi cinema. Many notable directors and producers are offering him films.

Kartik has recently confirmed that he is working with some famous directors of Bollywood like Sajid Nadiadwala and Kabir Khan.  Now there is news coming out that he will be stepping into completely new territory with Anurag Basu. It will be interesting to see the actor and director together. Both are known for their perfection. Fans are excited to see their work together.

“Its a romantic film that will show a kind of love story we haven`t seen in our cinema. This film will give Kartik to enhance his performing skills beyond anything he has done so far,” a source informs. Kartik will next be seen in his upcoming and awaited movie “Shehzada”, which is mammoth-sized masala entertainer. He was recently seen in blockbuster film Bhul Bhulaiya 2  which was the biggest grossest in 2022.

Kartik has always tried to give what the fans wants from the movie. There is the harsh phase in Bollywood where many films are not working. Big actors who in known for their performance and also for their Box office collections has failed to impress their fans. But between these Karik has grown as the saviour of industry and he also never failed to impress fans with his acting skills. It would be interesting to see whether he able to do so in future or not. 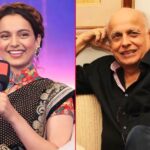 Kangna Ranaut pinched Mahesh Bhatt by asking a question: why he changed his name ‘Aslam’ was beautiful
Next Article Trailer of ‘Babli Bouncer’ released: Actress Tamannaah Bhatia is in lead role
Leave a comment Leave a comment