PM Modi on 22nd July addressed all the citizens from his headquarters in New Delhi to turn this campaign into a mass movement by honoring our national flag and heritage.

On 2nd August PM changed his DP. He put the Indian flag and requested the citizens to take part and do the same. He tweeted:

“It is a special 2nd August today! At the moment when we are marking Azadi Ka Amrit Mahotsav, our nation is set for #HarGharTiranga. A collective movement to celebrate our Tricolour. I have changed the DP on all of my social media pages and urge you all to do the same,”.

Har Ghar Tiranga is under the “Azadi Ka Amrit Mahotsav” and hoisting the national flag at every house, every street. And also at the prominent spots of the country. To his respect, PM Modi tweeted “I pay homage to the great Pingali Venkaya on his birth anniversary(2nd Of August). Our nation will forever be indebted to him. For his efforts to give us the Tricolour, which we are very proud of. Taking the strength and inspiration from the Tricolour, may we keep working for national progress”.

On the 91st address of PM Modi’s monthly radio program “Mann Ki Baat”. Prime Minister concluded with the citizens how India is on the path to witnessing glory and historic importance in its 75 years of Independence.

In just 3 days, more than 12.5 million tricolours have been pinned, and students from more than 1530 municipal schools only in Delhi are expected to take part in the movement. By the 13th of august at least 200 million houses, plus government and private institutes will hoist the Tiranga atop them.

On the other hand, the officials of RSS have decided not to follow the movement, and the official handles of the RSS chief Mohan Bhagwat stayed like same as before. While Rahul Gandhi, leader of the Congress said “those running the Har Ghar Tiranga campaign have been members of that anti-national organization which did not hoist the tricolour for 52 years.” 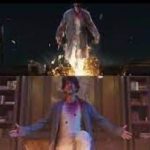 Leaked first Look of Shahrukh Khan from ‘ Brahmastra’. Pic got viral. Check it out:
Next Article 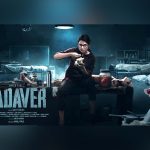