Ghum Hai Kisikey Pyar Mein which is one of the popular show in Star Plus.The show is now getting excited after the leap and auidence are waiting for next episodes.In recent episode of  Ghum Hai Kisey Pyar Mein episode starts where Pakhi is getting sad thinking about her decision of staying back.She cries a lot while Virat consoles her and said everyone understood her situation and nobody is saying you anything.

He explained that sometime we have to take some tough decision in life. He also added that everyone knows how much love and affection you have towards Vinayak and not going with him doesn’t prove that she don’t care about Vinayak.He told her to stay strong and gives example of himself.Further he said that he have to go to his mission leaving Vinayak but that doesn’t mean he don’t love his son.

After all this Virat made Pakhi realise that she is strong and she have taken a strong decision by staying back at home.He said  that she can handle only this type of problem.Virat tells Pakhi that after coming soon they are going for a vacation to Maldives where she smiles.Next morning Virat and Vinayak were ready to leave and they were sitting inside the car. They bid bye to Bhavani and Pakhi.The excitement level of Vinayak to meet Savi was high.The same was for Savi as well she was making modak for Vinayak and his father.She express her excitement to Sai.Where both laugh at her antics. 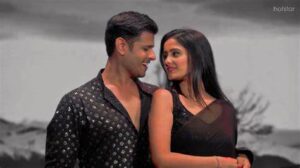 While talking with usha, Sai tells that Savi is attached to someone like Vinayak and his father for the first time. She says she has forget everything since she met them.Later Sai tells Savi still misses her father and want to know about him. Virat ask Vinayak whether he knows Savi address?to which he replied that he don’t know. He then call Savi and ask about the address.Sai inform the adress but due to network issue Virat could not hear Sai voice. 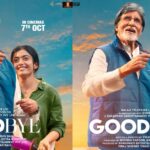