Sunny Deol is making comeback on big screen  from R. Balki Psychological film Chup. In this film, he is going to be seen in the role of a police officer. Where he will be seen struggling in search of a psychopath killer. Now he has talked about his most awaited upcoming film Gadar 2. Also read

Shooting of Gadar 2 will start soon:

According to the recent interview given by actor Sunny Deol. Sunny said,” I am very confident about this film of mine. I want to see something i meet and i am giving them in Gadar Ek Prem Katha. We will resume shooting in month of October and will complete it by December. The film will release in early 2023.

The story of the film will be like this:

Gadar 2 is the sequel of superhit film Gadar starring Sunny Deol and Amisha Patel. This superhit film was made under the direction of Anil Sharma and the sequel of this is also directed by Anil Sharma. The India-Pakistan angle will be carried forward in this film. At the same time the child artist Utkarsh Sharma, who plays his son in the film, is also playing an important role. Directed by Anil Sharma, the film’ Gadar 2′ has written by Shaktimaan. Here is the first look of this film:

Shooting has been started:

On the other hand, if we talk about Sunny Deol `s work front, then he will soon be soon in psychological thriller film ‘Chup’. Dulquer Salmaan, Shreya Dhanwantri, Pooja Bhatt are also going to be seen in the lead roles with him in this film. Apart from this, Sunny Deol will also be seen in the Hindi remake of Joseph. 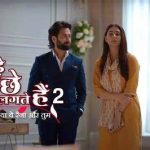