Kartik Aaryan is currently the hottest property in Bollywood. The consecutive success of the film made him a most demanded actor in Bollywood. Kartik Aaryan And Kiara Advani will be coming together again for the film Satyaprem Ki Katha a Sajid Nadiadwala film. Fans went crazy as the first look was released. The makers also announced the release date of the film which is 29th June 2023. Getting a positive response from everywhere. As the dynamic duo of  both the co-star’s are now back together.  Their First Film Bhool Bhulaiyaa 2  was Super-Hit.

On Kiara’s birthday, Karthik already announces the film name which is going to be “Satyanarayan ki Katha”. The name already hurt many people including the netizens. As they include NARAYAN which is Hindu God people don’t like it. So the makers have decided to change the name before any negativity starts. So the Film’s name changed to Satyaprem Ki Katha. It’s a romantic love story film which includes many plots. Many hopes lie in Kartik Aaryan as Bollywood is not in good time. Up-coming film are Shehzada and Freedy.

Every Eye on Kartik Aaryan as the superstar is not from any of their family backgrounds. After the death of Sushant Singh Rajput, the fan base increased drastically as share the same background. Even the famous filmmaker Vivek Agnihotri calls Kartik in a middle class and posted a post on his Instagram with the caption “Two small town, middle-class, outsiders from Gwalior who made it on their own terms. If you are a young Indian, be inspired by a down-to-earth, rooted, and exceptionally talented @kartikaaryan”. We all are aware of the type of film Vivek Agnihotri makes. After his posts, fans’ reactions “want this duo for the next film”. Another commented something big is going to happen. Many Agree with the fact that they are the most successful filmmakers and most successful film star of 2022. 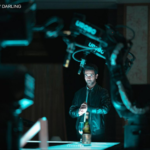 Rajkumar Rao on Netflix with a new movie
Next Article 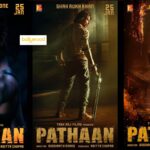