Raju Shrivastava gets a heart attack. According to the latest update from AIMMS, he also suffered brain damage.
SHARE

Raju Shrivastava Famous comedian, who brought laughter to millions of faces is now struggling between life and death in Delhi’s AIIMS hospital.

On the morning of the 10th of august, he gets a heart attack. According to the latest update from AIMMS, he also suffered brain damage. As per AIIMS sources, he suffered a cardiac arrest while working out on the treadmill he experienced chest pain and collapsed, and was brought to the hospital by his trainer immediately. He hasn’t gained consciousness since the heart attack.

According to the doctors, he is slowly recovering and gaining consciousness. Raju Shrivastava is currently treated by the AIIMS team of the Cardiology and Emergency department led by DR Nitish Nyay. The comedian was given CPR twice to help his heart, he is revived and under observation. Passed out while working out on the treadmill in the gym

In an interview with Raju Shrivastava’s daughter, Antara Shrivastava said, My father, has been traveling regularly to Delhi and other places across the country for work. He makes it a point to exercise in the gym every day and never misses his workout. He was perfectly fine and had had no heart ailments, so this is very shocking. His condition has neither improved nor worsened. The entire medical team is doing its best. We are praying and hoping he will be fine soon. My mother is with him right now inside the ICU.”

Even, UP CM Yogi Adityanath, on Thursday spoke to Raju’s wife, Shikha Shrivastava. The Chief Minister assured his family of all the help and asked the necessary officials to remain in touch with them. Raju Shrivastava who has been in the entertainment industry. Since the late 1980s is now also a chairperson of the UP Film Development Council in Uttar Pradesh. He has been a part of many TV shows like Comedy Circus, Bigg Boss, Shaktimaan, The Kapil Sharma Show, and films like Mene Pyar Kiya, Tezaab, and Bazigar. 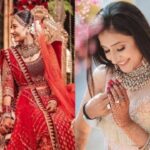 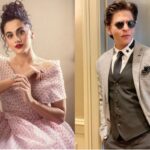