Ayan Mukherji Film Brahmastra Collected 39.5 Crore on its day 3 according to Box Office Report. The Film crosses the 100 crore mark in India on its first weekend. The film collected Rs 31.5 crore on Friday, Rs 37.5 crore on Saturday, and Rs 39.5 crore on Sunday, as per Box Office Report. Although Film Collected 225 Crore Worldwide yet had negative reviews and a VFX(Visual Effects) audience experience. Brahmastra Which Starrer Alia Bhatt, Ranbir Kapoor, Amitabh Bachan, and also include Shah Rukh Khan(in a Cameo Role). The Film is on the right path to a blockbuster however film budget is 410 Crore it still has quite a journey to go for a blockbuster.

Is Brahmastra Faking a number?

Everyone believes the numbers are unlikely to be fake just because every source shows different numbers. Even in the theatre, you don’t see such a rush so everyone starts questioning whether the number is right or wrong. Even the audience reaction is not good at all they say “it’s a 400 crores Laser show” and other guy saying “Do not watch this movie its waste of time and money”.

Actress Kangana Ranaut is also suspicious about the film numbers. she said filmmakers are “faking” the collections and also exclaims that she wants to interview co-producer Karan Johar to understand his ‘Mathematics’ behind the figures. Released on Friday and Sunday it’s a big hit already and by the way, made huge profits also. In ₹250 cr (that is also a fake figure). ₹650 cr (reported to be ₹410 cr) budget (including VFX). Just because Prime Focus is a co-producer doesn’t mean VFX doesn’t have any cost. Yeh Karan Johar mathematician ka maths…hum ko bhi seekhna hai (I also want to learn this maths by mathematician Karan Johar),” she wrote. 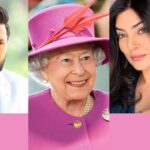 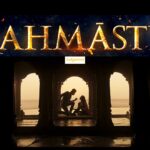