Brahmastra is after the reports of recent collections. Fighting its way through social media trolling, religious groups, and Bollywood critics, the movie faced a heavy boycott in recent history. Even though the movie director Ayan Mukherji, Brahmastra director revealed that there will be more light very soon. Since the Brahmastra’s part one-Shiva took almost took a decade to come up with, the makers are ready to hit the theatres with its sequel. The communities based on the discussion about the Brahmastra have already come up with some amazing fan theories.

In an interview, with Ayan Mukherji, “I can answer very few things about Dev. The idea was to create a very clear indication of where we are going next with the storytelling. Now we are really getting into the story of our antagonist. Decoding it, giving you some hook to hang on to for part two. Dev is the fulcrum of the entire Brahmastra trilogy,” Brahmastra carries on its story with a glimpse of past events

“The problems that this community and the world will face because of Brahmastra, what is the real stress with it.  All of this will actually unfold in Dev’s story.” Later Mukherji added, “His story is meant to take us back into his past but also he has returned to the present. So, the idea is, we will be continuing the present story, but also telling you the story of the past,” the maker said. Though the casting is not disclosed, same with Ayan decided to keep Shahrukh Khan’s presence in the movie. The fans can’t keep their calm after knowing that there are going to be more actors for more roles in the movie. Through it is confirmed that the movie is going aimed to release in the month of December 2025. “I really feel we will really come into our own with our storytelling in part two. I have known that for a long time. Part one was just the foundation, the setup of this story. But I can’t tell you who Dev is. When the time is right, I will announce”, said the director. 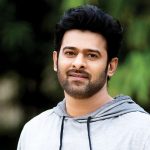 Adipurush Teaser on Dussehra 2022, Prabhas as Shree Ram
Next Article 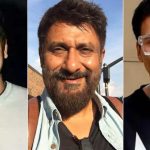