Bhuvan Bam needs no introduction on the youtube space. He is one of the highest subscribers on youtube. Now from filming on his mobile’s camera, he made it to film for OTT platforms.

Bhuvan Bam is a Youtuber, actor, songwriter, singer, and comedian. He is famous for his youtube channel, BB ki Vines. He is originally from Delhi, India. Bhuvan Bam is a self-made personality and star. His success inspired millions of teenagers to start their journey on youtube. His official acting debut in his earlier web series Dhindora, which is available on his youtube channel free of cost.

After the success of his last series, ‘Dhindora’, he is back with his new comic-action series. ‘Taaza Khabar’ is the new series, it will release on Disney +Hotstar. Bhuvan Bam announced the series on his youtube channel with a 1-minute teaser. In the teaser, kid Bhuvan is asking his mother, the difference between ‘Jaadu‘(magic) and ‘Chamatkaar‘(miracle). His mother answers magic is a deception, while the miracle is faith.

Though there is not much revealed in the teaser, and not much was confirmed by Disney+Hotstar. The fans are just excited to see their favorite comedian bring more of the content that they want to see.

Bhuvan Bam is in the lead role of this series, meanwhile, the rest of the crew is still a mystery. The creator of the series is Abbas Dalal and Husnain Dalaal. With Himank Guar as the director, Bhuvan Bam and Rohith Raj are the producers. The series was shot under the production of BBKV Productions. The series will release on Disney+Hotstar.

Fans can’t keep their excitement inside and continuously root for their favorite youtube creator, under the teaser, a fan said, ‘I respect everyone who was involved in this, Seriously the best piece that I have ever seen on YouTube, HATS OFF To YOU ALLI LOVE YOUR VIDEO S!!!,, 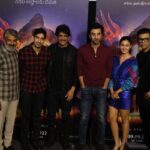 “There’s no such thing.”- Alia Bhatt on Boycott Bollywood
Next Article 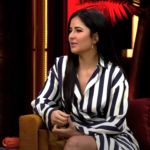