Ajay Devgn is back with his crime-thriller movie sequel Drishyam 2. After the success of its first part, the makers have finally decided to come up with a sequel. The shooting will commence on the 2nd of October. In the first part, Ajay is a calm-common man, who is afraid of anything risky and a good-natured, partly literate man. His wife and daughter accidentally killed a guy who was misbehaving with them. Who later happens to be a son of a top police officer. Then Ajay Devgn and his family had to plan everything in order to not get caught by the police. Hide the body in such a place that is impossible to imagine.

Drishyan 2 will kick start the shooting and promotions from the auspicious birthday of Mahatma Gandhi and Lal Bahadur Shastri. The movie will release after the 45-day period, i.e on 18th of the November.

One of the members of the team spoke in an interview. “Director Abhishek Pathak and the producers of Drishyam 2 have decided. They’ll kick start the promotional campaign for the film on October 2. The date held a special significance in the first part due to which they felt that starting their campaign on this date is apt. Moreover, things fell into place for them as Drishyam 2 is scheduled to be released on November 18, that is, 45 days after October 2. Hence, everyone in the team unanimously agreed to begin the film’s promotional journey on the national holiday.” Even though Drishyam is a remake of a 2013 Malayalam film, with the same name, fans are excited to see Ajay Devgn in a psychological thriller again on the big screen. Besides Ajay’s main lead the movie has an amazing cast of Shriya Saran, Tabu, Ishita Dutta, and Rajat Kapoor. Presented by Viacom 18 Studios, Gulshan Kumar, T-series, and Panorama Studios, under the production of Bhushan Kumar the movie will release on the 18th of November 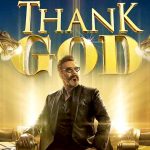 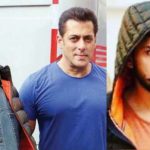